A weekly slice of pedigree Pop, guaranteed to send a herd of bison thundering through your underpants at a rate of knots:
NEON NEON feat. CATE LE BON: i lust u [lex]
listen @ The Hype Machine
watch @ YouTube
www.myspace.com/neonx2

Now we are three, to show we’re really grown up and ready to wear big boy pants, we’re pushing ourselves up onto our tiny tootsies, waddling out of the afternoon and into the wondrous night, to gaze at all the pretty lights. In order to play all night long, we’ve temporarily moved out of The Eagle and into Passion (the same venue as A ‘Little’ Party @ Passion). And, the Easter weekend comes complete with TWO public holidays, so there’s no excuse not to get RIGHT on it.

I hope your disco trousers are back from the dry cleaners.
Sharpen up yer axminster scissors and let’s cut some rug.
After all, three, that’s the magic number. 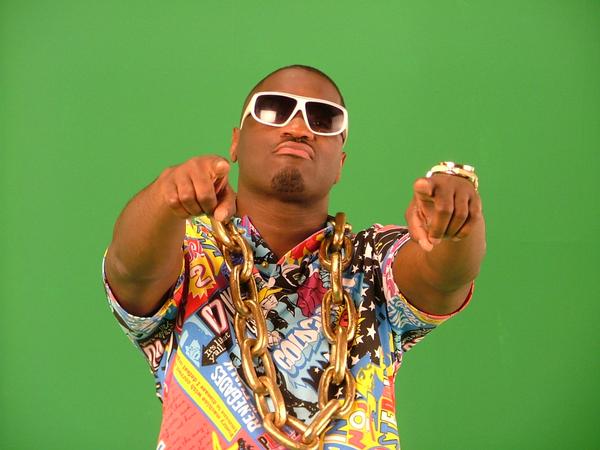 A weekly slice of pedigree Pop, guaranteed to send a herd of bison thundering through your underpants at a rate of knots:
LETHAL BIZZLE: police on my back [v2]
listen @ The Hype Machine
watch @ YouTube
www.myspace.com/lethalbizzlemusic

And, now, Lethal Bizzle & Dennis Bergkamp, together at last… 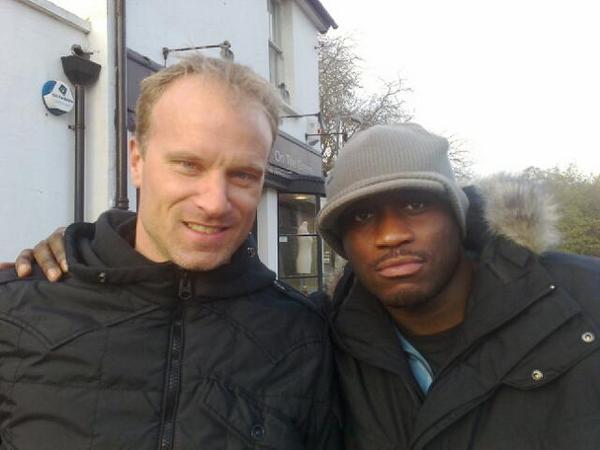 A weekly slice of pedigree Pop, guaranteed to send a herd of bison thundering through your underpants at a rate of knots:
SONNY J: can’t stop moving [positiva]
watch: www.youtube.com/watch?v=r8Y8XpFtLbk
www.sonnyj.co.uk

A weekly slice of pedigree Pop, guaranteed to send a herd of bison thundering through your underpants at a rate of knots:
THE KILLS: cheap and cheerful [domino]
listen: http://hypem.com/track/507248
watch: www.youtube.com/watch?v=G6wUPCqwWI8
www.thekills.tv

A weekly slice of pedigree Pop, guaranteed to send a herd of bison thundering through your underpants at a rate of knots:
LAURA MARLING: ghosts [virgin]
listen: http://hypem.com/track/491455
watch: www.youtube.com/watch?v=XonJJbV54BE
www.lauramarling.com

A weekly slice of pedigree Pop, guaranteed to send a herd of bison thundering through your underpants at a rate of knots:
LIFELIKE & KRIS MENACE: discopolis [vulture]
www.lifelike-music.com
www.krismenace.com

Last June, a one-sided 12” crept out on Alan Braxe’s Vulture label, but the solitary track on offer was 9 minutes and 20 seconds of ‘Discopolis’. Like Mylo’s mix of ‘No More Conversations’ by Freeform Five, this is a tune that’s enjoyed a slow-burning appreciation and, consequently, refused to lay down and die for over eight months. Vulture’s releases are fairly few and far between and ‘Discopolis’ was only the 12th single in five years; the first being Braxe & Fred Falke’s ‘Running’, which gatecrashed the Top 40 in November 2000. Kris Menace (Christophe Hoeffel) is also the proprietor of the Work It Baby imprint and recently returned the favour by putting out Falke’s ‘Omega Man’. Lifelike is Laurent Ash and, in addition to working with Christophe, he’s part of the 12 Angry Men collective, a collaborative project of 12 artists who release material on Jérémie Mondon’s 20000st label.

‘Discopolis’ is a sublime piece of crafted, melodic, instrumental house music, largely constructed from layers of slightly curious, 80s-sounding synths. This joins the dots back to Braxe & Falke, and makes an interesting companion piece to their recent remix of ‘What’s Your Damage?’ by the Test Icicles (which sounds a bit like an alternate theme to Miami Vice). Neither track made a huge impression on me first time around but, like a small child pestering its mum for sweets, ‘Discopolis’ keeps nagging at you and, once its claws are fixed in your head, doesn’t let go for quite some time. It runs at quite a moderate tempo, without ever needing to break into a sweat, but still manages to feel euphoric. The filters strike to usher in an understated, arpeggiating melody and the smoothest of breakdowns, followed by warm, comforting chords and then the cycle begins again.

‘Discopolis’ was Sander Kleinenberg’s tune of 2005; it was a huge tune at last year’s Global Gathering; and it features on Tokyo Project’s recent compilation, ‘The Collection’. This speaks eloquently of the track’s crossover allure, as ‘Discopolis’ appeals to the funky and progressive ends of the house family, probably because it feels slightly square peg-ish in both. Similarly, the Timo Maas mix of ‘Dooms Night’ by Azzido Da Bass wasn’t identifiably aligned to one specific genre, so DJs from different camps felt comfortable playing it.

Spotting the opportunity to grab ‘Discopolis’ a second bite of the Ibiza cherry, Defected have cunningly signed the track and slated a re-release for 29th May, just in time to rule this summer’s dancefloors. The package will include remixes by Chris Lake and Claude Monnet which Defected are keeping tightly under wraps and, modestly, they claim both are better than the original. The label seems to love a bit of French at the moment and recent releases include work by Bob Sinclar, Dimitri From Paris, Martin Solveig and Julien Jabre. Perhaps they sense that, nearly a decade after the Daft Punk-led ‘French touch’, our Gallic friends can still show us a thing or two when it comes to house music. We await the remixes and, by rights, world domination with interest.

Lifelike & Kris Menace’s single, ‘Discopolis’, is out now on Vulture and will be re-released on 29th May 2006 through Defected. 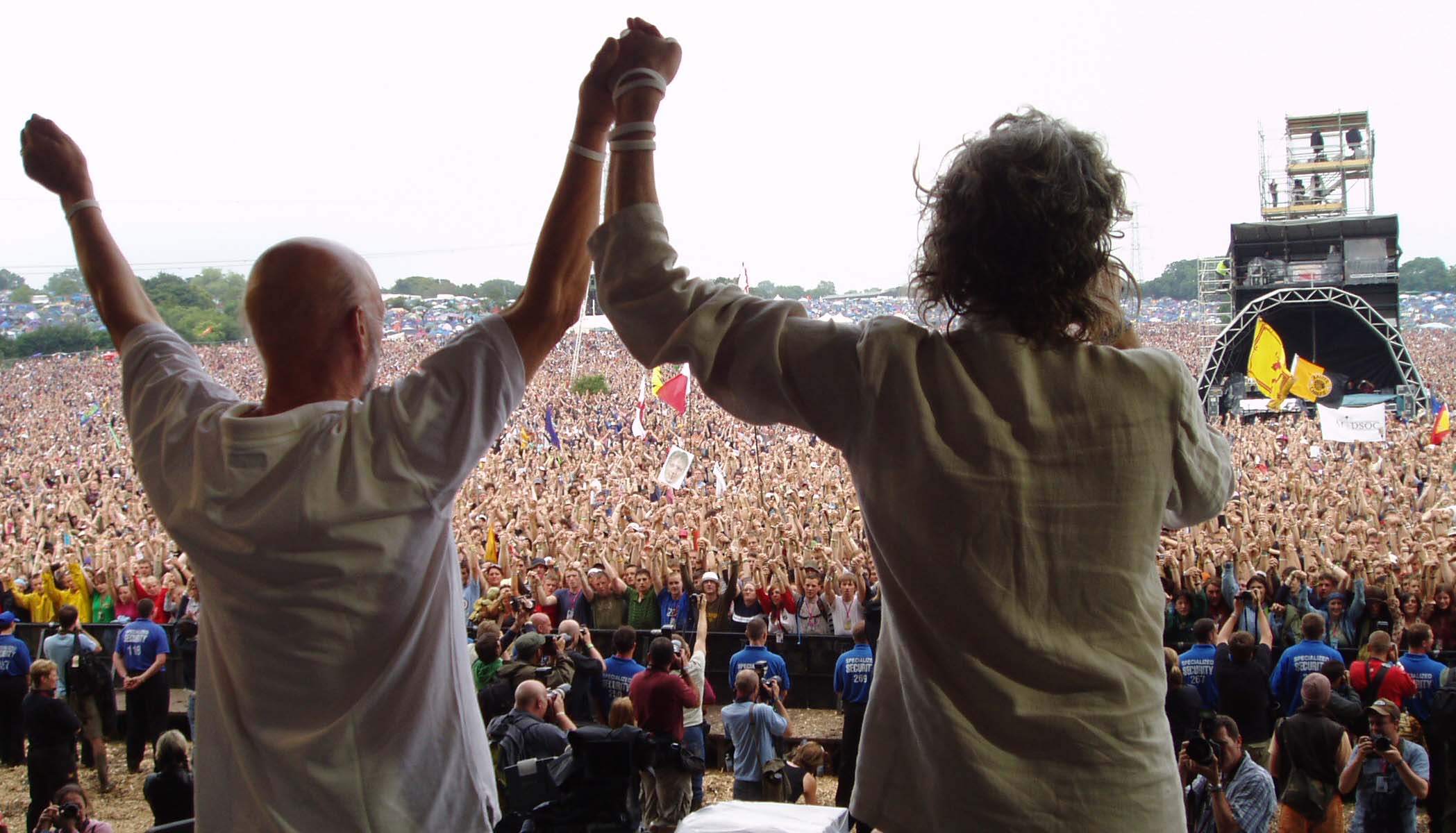 Click this link to see what I was up to last Saturday.
Then, click on the ‘Watch the rally’ link.

Bob Geldof made a speech for MAKEPOVERTYHISTORY on Glastonbury’s Pyramid Stage and, if you watch that video clip, you can see a scrum of paparazzi and TV cameras on the left. Amongst the professional Johnnies from Getty Images and Associated Press, you might spot some cheeky monkey in a white tee shirt barging them out the way with a happy snap digital camera. The picture above is my photo of Sir Bob, Michael Eavis and 60,000 kids [which isn’t that different to the Getty picture in the BBC report].

My mum is so proud.