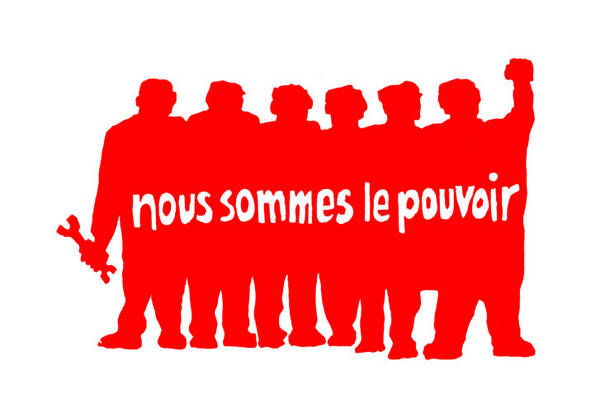 :{THE ALWYNE}:
The Alwyne is a charming boozer, only a stones-throw from Highbury & Islington tube and the north end of Upper Street. They’ve got 22 draught beers and ciders, a large wine list and a full menu.

:{MAI ’68}:
mai68.ina.fr
www.mai-68.fr
‘Nous Sommes Le Pouvoir’ translates as ‘We Are The Power’; a slogan from the Paris uprising of May 1968. French students took to the streets, triggering the most formidable revolt which almost overturned the French République of President Charles de Gaulle. A general strike involving 11 million workers, roughly two thirds of the French workforce, brought the economy to a virtual standstill. For two months, Paris lived life on the barricades and the whole of the country was seized with revolutionary fever. Mai ’68 was a political failure for the protesters, but it had an enormous social impact. It’s considered a watershed moment when the paradigm shifted from a conservative towards a more liberal moral ideal, which better describes French society today.